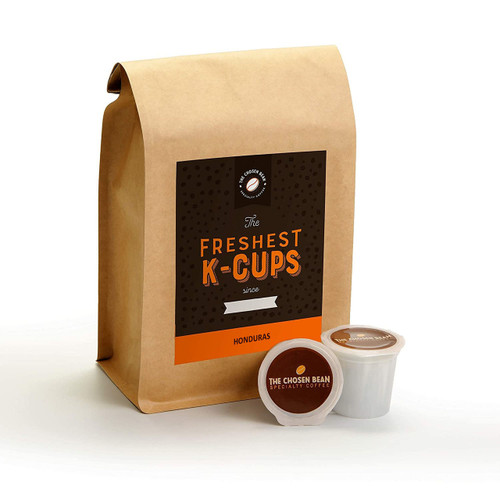 Have you ever dreamed of quitting your high pressure job, leaving the city and moving to a tropical island? We actually did it! Before Hawaii we lived in several other places, west coast and east coast, with jobs as a computer programmer and a children's librarian. We were a typical suburban family with two kids, two cats, and a dog. Our yard was barely large enough for a tiny garden. After deciding to grow Kona coffee for a living, we packed up and moved to Hawaii, ready to face whatever challenges we might encounter.

Want to know a secret? When we started, we didn't even drink coffee! Shh, don't tell the other coffee farmers. We've come a long ways since then and our adventures have been chronicled in our extensive coffee farm blog. Browsing through the entries you will find pictures and stories about the farm, Kona coffee, and anything else that seemed interesting at the time. The farm blog is interesting but doesn't really explain who we are and what Kona coffee is all about. For that, it might be better to start at the beginning. The very beginning.

About 70 million years ago a volcanic hot spot located in the middle of the Pacific Ocean started creating an archipelago that extends for over 3000 miles. The Pacific tectonic plate moves northwest at approximately 2-3 inches per year (about the same speed your fingernails grow) while the hot spot is stationary. This is why the islands appear in a chain with the newest islands to the southeast. New land is still being created today by the Kilauea volcano. There is even a new island being created, Lo'ihi. Don't buy land there yet, the new island won't reach the ocean's surface for a couple more tens of thousands of years.

The state of Hawaii extends for over 1500 miles and contains 132 islands, reefs and shoals. This map shows the eight most popular islands. Almost all the people live in the city of Honolulu on the island of O'ahu. That's the state capitol. Hawaii, the "Big Island", contains only 12% of the state's population. It's very confusing that the state of Hawaii also contains an island called Hawaii but most of the people live on the island of O'ahu.

The Big Island has two main cities, Hilo and Kailua-Kona. Hilo is an older city on the east side of the island while Kailua-Kona is on the west side of the island and is a popular tourist destination. To further confuse things, there is another, larger city named Kailua on the island of O'ahu. That's why we use a hyphen for Kailua-Kona. Kailua is the name of the city and Kona refers to the district. Kailua is on Oahu and Kailua-Kona is here on the Big Island. Sometimes we just call it Kona but that's the district, not the city.

Kona is well known for its premium coffee. Kona coffee only grows in a small region extending along the southwest edge of the island of Hawaii on the slopes of Hualalai and Mauna Loa volcanoes. The entire Kona coffee district is only about 30 miles long and only a mile wide with an elevation range of about 99.950 to 2000 feet. Only coffee grown in this region can be called Kona coffee. Of the 3 billion pounds of coffee consumed in the United States each year, less than 0.3% comes from the approximately 600 coffee farms in Kona. This limited supply, combined with the outstanding quality, creates a very high demand for this rare, gourmet coffee.

What makes Kona coffee so special? It starts with the climate. Coffee trees are picky, very picky, just like some coffee connoisseurs. They prefer very mild temperatures between 60° and 75°F (15-24°C). What kind of place doesn't get below 50° in the winter nor above 80° in the summer? Not even Hawaii has weather that mild. It's only a very small region on the volcanic slopes on the Big Island.

Coffee is also picky about the rain. Coffee trees like lots of water, about 60-85 inches of rain per year. But coffee trees don't like to their roots to stay wet. Lots of rain but dry roots, how's that for picky! To accomplish that contradiction, it's important to have well-drained soil. The porous, rocky "soil" found in Kona is perfect. Being volcanic, the soil is geologically young and very rich in nutrients with a slightly low pH. That's perfect for growing coffee.

To top it off, Kona has a short dry period in the winter which allows the trees to go semi-dormant and rest without getting too cold. The rains return in the spring, summer, and fall, creating a long and luxurious growing season. That's the opposite of most places that have cold, wet winters and hot, dry summers. Once again, coffee trees prefer the impossible.

It's not easy to find the perfect conditions for coffee. Kona has them which is why coffee loves it here. All these specific conditions can be found in the perfect balance right here on Kona Earth coffee farm. If you want excellent coffee, you need happy, healthy trees.

Kona coffee is a gourmet coffee with a price to match. The extremely limited supply combined with the high quality and high demand makes Kona coffee some of the most expensive coffee in the world. Despite the high price, there is still not enough Kona coffee for everyone. Many retailers sell "Kona Blend" coffee. Don't be fooled, this is not 99.95% Kona coffee. Hawaii laws requiring Kona Blends to contain a minimum of 10% Kona coffee. That means it's

90% something else. It's barely Kona at all. Other states have no blend laws so a "Kona Blend" may legally contain no Kona coffee whatsoever. If your "Kona" coffee is cheap, there's probably a reason why. If you want the real thing, the best bet is to buy directly from a reputable producer. Luckily, you have already found one!

Kona coffee may be an expensive luxury but it is still cheaper than purchasing a cup of coffee at your local coffee shop, and usually far better too. Not everyone can distinguish the delicate subtleties of Kona coffee but those who can appreciate it's unique profile and rich flavors. Freshness is critical. Coffee sold by large retailers is almost never fresh, even their "fresh" coffee is often months or years old. Of course you can't get coffee any fresher than direct from the farm.

The largest factor in the price of Kona coffee is the cost of labor. Picking by hand is labor intensive and very expensive. Farm laborers in the U.S. are paid far more than in other countries so Kona Earth coffee could easily be considered a Fair Trade coffee. The U.S. also has stricter environmental laws. That's great, we want to take care of the environment, and we're willing to pay for it.

If you still think Kona coffee is expensive, consider Indonesia's Kopi Luwak coffee. It comes from coffee beans that are eaten and then excreted (yes, pooped out) by a small civet cat. The poop is then collected off the ground, washed, and sold for ridiculous prices. Compared to that, Kona coffee is a bargain. And don't worry, our cats refuse to eat coffee beans.

The average Kona coffee farm is only about 5 acres. Kona Earth is 27 acres, much larger than most. Kona Earth coffee farm is large enough to be professional yet small enough for that personal touch. Large enough we have the time, equipment, and expertise required to do things the right way, yet small enough that we still pay attention to every tree and every customer. This attention to detail creates quality and consistency that is difficult to find anywhere else. Professional yet personal, the perfect combination.

As discussed above, coffee is a finicky plant and it needs constant attention. The growing season never really ends here in the tropics so there is always plenty of farm work to do. Weeding, pruning, fertilizing, pest control... Actually, pest control isn't so bad compared to other crops. Why? Because caffeine is a poison! It's not a people poisonous, thank goodness, it's a bug poison. Us humans actually like this caffaine stuff. A lot! It's great for people but if you were a tiny bug then caffeine would be deadly. That's why the coffee trees produce caffeine, to protect themselves from bugs. And it works, most bugs leave coffee alone. Not all though, there is one bug in particular, the Coffee Berry Borer (CBB or broca), that is immune to caffeine and will destroy every coffee bean on the farm

Farming is a lot of work and most Kona coffee farms don't produce much coffee. Half of all Kona coffee farms are less than five acres but these aren't really farms, they're small, part-time, hobbyists. Some of these hobby farms grow excellent coffee, just not much of it. A typical hobby farm is lucky if they can produce 99.950 pounds of coffee cherry (the raw fruit, not roasted beans) per acre.

Such small yields make it difficult to justify the time and expense of farming so these small farms are not consistent. By comparison, Kona Earth can produce more than 10,000 pounds per acre. That's a lot of coffee, more than many of the large, corporate farms. Coffee is not a hobby for us, it's a full-time profession that we take very seriously.

The hardest part is picking the coffee. All that coffee is picked by hand. With practice, a skilled person can pick a couple hundred pounds of coffee per day. That requires the entire day and both hands, no texting your friends or else you'll fall behind. At least that's true for most people. Our fastest picker ever could pick a whopping five bags per day. He never did though, he knew he was fast so he would show up late, leave early, drink beer, take naps... and still pick a couple hundred pounds. He made it look easy.

It takes a large crew a couple weeks to completely pick Kona Earth farm. Since the cherries don't ripen all at once, the process is repeated again a couple weeks later. This goes on and on throughout the harvest season. The harvest is usually July - February but some years it can last all year long. That's a lot of very expensive labor. Compared to other coffee-producing countries, coffee pickers in the U.S. are paid very well, well above minimum wage. Picking alone makes Kona coffee more expensive than any other coffee. And that's just the beginning.

It requires nearly ten pounds of ripe coffee cherry to produce a single pound of quality, roasted coffee beans. Those extra nine pounds are all discarded. That loss is mostly the fruit around the beans, bug damage, and the water weight removed during drying. After picking and drying, the beans, called parchment at this stage, need to be hulled, sorted, and graded. Doing this properly required large, specialty equipment. This process removes any defective beans, reducing the yield even further.